i search deep within this morning and thinking of great devastation that is going on in the Bahamas. i am also reminded of how much illness, disease, starvation is going on around the world and i have to ask the ultimate question:

“What kind of God would allow this shit to happen”

People need to wake up; it does matter what religion you are, who you believe in or how you practice your faith, it is the same for everyone and the problem is for centuries, people have been in denial of what really exists. Religion was set in stone for the same reason we have traffic lights, stop signs and other rules of the world. it is to keep the peace amongst the ways of the world.

without order, people would be chaotic and insane most of the time and never really get a grasps on life. what really burns my butt and disturb my very core are people who ask “God” to pray when something is going wrong or when a family member is suffering or whatever the event. we have all been conditioned to believe in something which no one has had any proof of and we believe in this “higher power” only because that is what we were told to believe.

now, let’s think about this for a minute: again, how does an almighty “God” bad things to happen? why do they happen? some would tell you to teach us something and others say that “God” has a plan. well, i would like to know what kind of plan this is when devastation takes over even if it out of control.

i would rather believe in myself then some imaginary figure that we have been conditioned too all our lives.

you know why? because your higher power is an imaginary writing, tale you have told for years and years. it is embedded in your inner core and you choose to continue this damn fairy dale bullshit.

They also say a child is a miracle, one from which “God” has given you but if you really read the books, it is scientific.

no miracle there. which allows me to make this statement: remember the story you were told about Adam & Eve? thinking about that one. who were adam and eve? and how then did we populate? insense. so basically over the thousands and thousands of centuries, we have been creating children by our siblings.

sad but true people and they say “God” did this.

I would rather believe that there is another life form in space, some sort of alien race that created us to see how well we would do on this earth. apparently we are botching it up.

as i sit here and tell you this reality, i am convinced by now most of you are probably feeling a little upset or even surprised that i would even disclose this kind of authenticity.

well, my friends, i have learned that if you live a realistic life, you begin to feel much better because you not consumed with lies. you see everything for what it is and not what it should be.

in the end today is a new day and we must make the most of it. 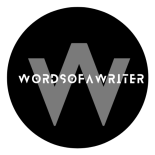 did you miss this

how can we stay positive Loading …. dealing with our stresses can sometimes take a back seat but one day you wake up and the END_OF_DOCUMENT_TOKEN_TO_BE_REPLACED

relationships are hard enough but when you finally realize that the one you are in is no longer fulfilling that needed tenderness, then what? Loading END_OF_DOCUMENT_TOKEN_TO_BE_REPLACED

it has hit me, the one thing i find most difficult in life is taking negative feedback. maybe it is childish but i also realize END_OF_DOCUMENT_TOKEN_TO_BE_REPLACED